Web Workers in PureScript – part I

This article introduces PureScript support for Web Workers I am currently working on. Any form of feedback on the approach or API design is more than welcome – feel free to comment bellow or on GitHub commits.

Web Workers is a HTML5 technology that brings support of multithreading to JavaScript in browsers. It's core use case in web development is execution of long-running computational-heavy tasks, which would normally block the main thread, thus inconveniently freezing the user interface.

Usually, we need some sort of communication between main thread and worker to convey information back and forth – Web Workers don't involve the traditional shared memory approach for concurrency, but provide bidirectional messaging API for shared nothing approach.

Thanks to shared nothing architecture JavaScript doesn't have to deal with implications coming with shared memory – data races, synchronization etc.

In summary the API provides means to:

The JavaScript API could be used directly without any library via PureScript’s FFI. We would have to:

However, as you can imagine this approach is tiresome, error prone and namely the messaging API can be modeled in more PureScript-friendly way. Let's ask ourselves a question:

What can be done to achieve seamless adoption of Web Workers technology to PureScript?

What comes next is my proposal for this matter.

The overarching philosophy is:

Keep low-level API close to the metal while allowing to build higher abstraction on top of it.

A simple foreign function interface based on the Eff monad located in namespace Control.Monad.Eff.Worker. The API consists of two similar sets of functions – one for the main thread and second for worker thread.

And analogously Control.Monad.Eff.Worker.Slave allows to:

Type parameters req and res are types of request (sent by main thread) and response (sent by worker thread) messages.

Role of both types will be demonstrated in the example bellow.

The low-level API in the previous section is suitable for simple worker tasks, where no complex communication is required. However for more complex use cases, it might be a bit clumsy to use. Asynchronous API based on Aff monad and AVar primitive may be more useful in such cases.

The basic concept behind this approach is that both incoming and outgoing messages are queued in two AVar primitives – one for each direction.

The Aff monad allows to access message queues via putVar and takeVar functions. Although the underlying operation is asynchronous, the code looks like an ordinary, imperative, synchronous code:

The following example demonstrates the proposed API and dealing with worker code separation as required by JavaScript Web Worker API.

The goal is to create a simple echo worker that resends every incoming message back.

Let’s start with defining the echo worker. Basically we need to wait for the incoming message, process it and return back.

To achieve the goal we'll use the Channel-like API described in the previous section.

In echo function we create queues via makeChan. And then loop the following asynchronous computation: await for an incoming request from the main thread via takeVar, log the message and send the message back by queueing it to the response queue by putVar.

The last function, default, is an equivalent of main function. But in this case it's the function that is executed when the worker thread starts. It takes care of launching the echo handler.

Compiling each worker module separately, e.g. via pulp browserify -m Worker --to dist/Worker.js, to get a standalone JavaScript file that can be later fed to constructor new Worker(url), is somewhat tedious approach.

Fortunately, webworkify in combination with browserify allows any module to be used as a worker’s source. The only task that is left to the programmer is to explicitly call require() with hardcoded name of module, which contains the worker definition. Thanks to the require call, webworkify post-processing will do the rest.

Let's add a foreign module to our Echo module, Echo.js:

And use FFI to introduce it in Echo.purs:

Apart from exposing foreign workerModule, this line also defines types of incoming and outgoing message types – named Request and Response for unambiguous meaning when reasoning either from perspective of main thread or worker thread.

With worker logic defined, we’ll take a look at spawning a worker and sending a message:

First we instantiate request and response queues by makeChan, but this time from the main thread context. Then we fork an asynchronous computation, that awaits responses from worker via takeVar. Finally we send the initial message to the worker via putVar.

Without forkAff, the message would never be sent – forever would block for, well, forever.

Again there's main function, which is responsible for starting up JavaScript worker and proceeding with our ping computation.

When we compile the example and open it in a browser, we'll see the following log in console:

The source code can be found on GitHub: JanDupal/purescript-web-workers. There's still a lot of aspects to cover:

And more as tracked on project's board. 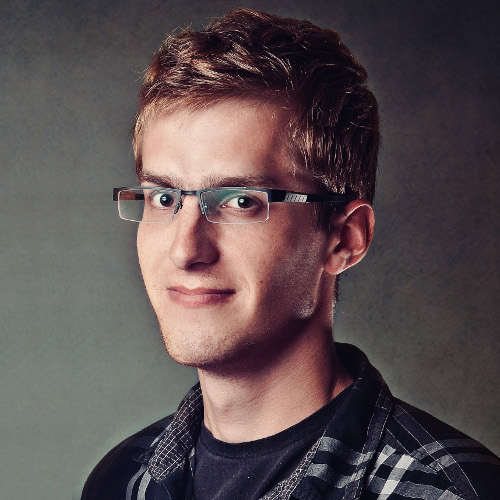 Jan is a Software Engineering Team Lead at NetSuite and a Computer Science student at FI MUNI interested in distributed systems, PL theory and Data Analytics.